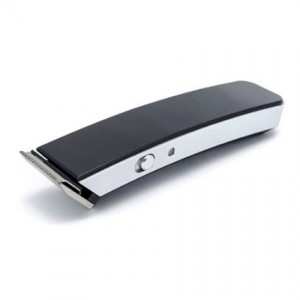 The TRYM beard trimmer is back. You may already know that we reviewed its predecessor on the site, but now we have the new and improved Trym II. The trimmer is already the best selling item in the Beard Trimmer section of most online retailers we have seen, and coming at an affordable price, we looked into it to see if this is a worthy of the number one spot! The first model was reviewed well here on the site, and fortunately, the Trym II has improved upon its little brother.

We don’t dwell on looks here but to be honest, we have to mention it in this case, this is without doubt the most stylish trimmer in terms of the way it looks, and is great in any modern or classic looking bathroom or bedroom. Appearance is not a deal-breaker for most of us but it is nice to have a trimmer you don’t have to hide away in a drawer. This even comes with its own dock that it sits in, looking like something from a sci-fi film. 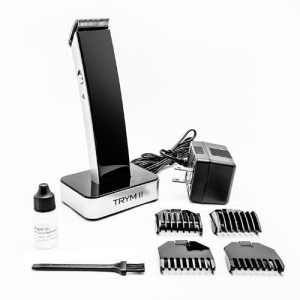 So why is this better than the first version? Well, it has sharper, more hi-tech blades, designed to last a lot longer in good condition, the manufacturers make the bold statement that the Trym II will never snag or pull at hair, which is a problem a lot of us experience with trimmers, especially those at the cheaper end of the price spectrum.

On top of this, the battery life is a better than the previous, which is a big plus point and many people pointed this out as something that wasn’t so amazing in the predecessor.

Who is This Trimmer Best For?

With its four trimmer lengths which are quite short lengths, this is an amazing trimmer for those who like stubble or shorter beard styles, and is also good for trimming styles like goatees and chiseled shapes. What strikes me about the product is the affordability of it, it is under $50 which is around half the price of the top end of the market, and you can often pick it up even cheaper than that! It looks great as we have already mentioned, so it is perfect for those of us who don’t want our bathrooms looking like a barber’s tool kit!

What Others Have Said

Other reviews online are overwhelmingly positive, and people have described this as the best beard trimmer on the market, something that may not necessarily be the case, but the best trimmer at its pricing point is definitely an accurate statement, this has some exceptional features for a trimmer under the price of $50. Although it doesn’t have a huge amount of different length attachments, you can even buy extra attachments in order to make this a more flexible machine. A rating of 4.5/5 speaks for itself, this is the average that people have given it on Amazon. Many people mention the plus point of it looking so good!

A great trimmer, reliable, well built and sleek looking. It is hard to argue with the other reviews out there which place this as one of the best models you can get your hands on, and definitely exceptional value for money. This comes with our top recommendation.

The owner of this website, bestbeardtrimmerguide.org, is a participant in the Amazon Services LLC Associates Program, an affiliate advertising program designed to provide a means for sites to earn advertising fees by advertising and linking to Amazon properties including, but not limited to, amazon.com, endless.com, myhabit.com, smallparts.com, or amazonwireless.com.

Iconic One Theme | Powered by Wordpress